0
The number of apps on various play stores amounts to a whopping 4.5 million approximately. New apps are being developed every day. Modern app development has evolved with time to adapt to the ever-changing industry trends.
Modern applications are built on four pillars. These include scalability, portability, resilience, and agility. The process follows agile methodologies for seamless, robust, effective, and efficient development.

Modern applications boost up the digital presence of an organization. Likewise, high-performing and feature-rich apps ensure that your brand presence improves.
The basic elements of modern application development include:

The modern development methods include shorter sprints. These builds are easy to develop, test and deploy and need intensive planning. Moreover, the deployment time for these small sprints is shorter and the progress is faster.
The CI/CD pipelines incorporated in modern apps allow testing and release of small code changes. The small builds contain lesser bugs and need a shorter testing time.

Another key dimension of modern app development is seamless collaboration. For instance, requirements gathering continues throughout the lifecycle by close communications with the end-users.
The agile teams comprise all the stakeholders involved in a product. For example, team members include analysts, developers, testers, operations teams, and users.
Continuous communication occurs between these team members. Therefore, you can add/remove new features depending upon their significance and impact on the modern development process.

Use Of DevSecOps For Integrated Security

DevSecOps has a proven track record of developing secure and adaptable modern apps. The modern apps consider security a vital building block rather than considering it an extra feature. Furthermore, this approach prevents vulnerabilities and helps in detecting bugs during developmental phases.  Integrate the security code during the design and development phases for enhanced protection.

Test and deploy small working chunks of code during modern app development. Also, reuse the chunks later while building other modules or extra features. The microservices incorporated in these apps are also based upon the concept of reusing chunks of code.
The APIs and microservices use reusable code that results in improved throughput and reduces work. The legacy code APIs are also built for exposure of legacy code and the protection of user data.

Modern apps adapt to new underlying technologies. It results in the development of a portable and usable app. The adaptability also has a positive impact on the transaction of modern apps to the latest platforms.
Applications built through modern app development are flexible. In addition to that, they allow easy transition from an on-premises platform to cloud-based hybrid environments.

The key dimensions of modern app development ensure the apps provide high-quality features to end-users. These apps are robust, effective, and of superior quality. 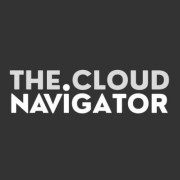 What Is Modern Application (Development)?

What Is Modern Application (Development)?