If you are here, you are probably puzzled about what GPT-3 means for content creation. Let’s try to find out!

We live in a time when we question the future of everything that exists today. Like the future of the cloud, the future of fuel cars, etc. We question even more, as we see the stark reality, how emerging trends and technologies are shaking existing foundations.

Until recently, we were speculating on what the future of blogging would look like. But then something extraordinary happened!

Don’t know much about GPT-3? Check this link.

Guess what, the blog, highly convincing as if written by a human, was generated by AI, namely GPT-3. In fact, the blog post has made it to the number one spot on Hacker News:

The fact that it went largely unnoticed has scared many. Consequently, it’s forced us to give fresh thought to the future of blogging in the light of this event.

Here are a few points on how I look at GPT-3 for content creation.

AI will still do what it is supposed to do

Here is the positive side of it. The way AI can contribute to online content generation is no exception when we look at what it has already achieved in other domains.

Imagine businesses leveraging GPT-3 for copywriting, content generation, and any other content work. The model would help them significantly reduce labor costs. All they need is to let the model do its job and have some people edit and make it starring content.

Most of the articles we have seen so far generated by GPT-3 were largely okay. But still required minor editing to correct coherency and cut out irrelevant stuff. And it will probably take some time before it can mimic personal style. And it is exactly what good bloggers develop laboriously and naturally, they want to keep it as well.

I guess many are afraid exactly about this. Imagine individuals having access to the API. Let’s be straight here. No need to question the intentions of people. This clearly bears huge risks of misuse.

Luckily, GPT-3 is not yet open to individuals just like that. And not clear whether it would be possible in the near future. There is a waiting list of those who desperately stand in the queue to use it. When you apply to become a consumer of the API, you need to present a strong case on why you want to use it.

OpenAI has yet commercialized the product through API. But it has neither made it open source nor public. According to OpenAI, commercialization of the model helps OpenAI to fund their research works.

What will Google do about it?

As you know by now, GPT-3 is not available for the general public. Phew! But is no guarantee that it will not be. Or that some other company will not come up with a similar model and make it generally available.

Imagine somebody (or I guess many more people) tries to trick people over a long time by publishing frequently and consistently. Will Google ignore this?

Like many, I have tried to see if Google shared any opinion on it. I’ve not found one. To me, and for many genuine bloggers, and for ethical people in general, this is a serious matter.

In their latest report, “How we fought search spam in 2020”, Google detailed out how they ensure users’ safety and protect their search experience against spam content. However, there is no mention of AI-generated content and if they are classified as spam by Google. I hope, in the upcoming webspam report for 2021, Google will touch upon this topic and elaborate their approach and plan to deal with it.

Time will show, but GPT-3 bears the potential to herald the beginning of the end for content creation.

Did you know that Google’s search engine is based on the transformer AI architecture which GPT-3 is also based on? With this example, it is clear that GPT-3 has a great potential to serve a good purpose as to what AI is supposed to do.

[ Read also: Industrializing AI with MLOps: Can It Live Up To Its Promise? ] 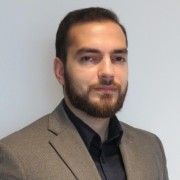 Adil Gurbanov
Adil is a managing technology consultant at Digital & Emerging Tech of EY Technology Consulting in Amsterdam. Well-versed in the cloud and emerging tech in general, he has designed and led the development of various strategic cloud-based SaaS solutions and worked extensively on large-scale transformation engagements with top-tier organizations.

Fog Computing: Time To Get Your Head Out Of The Clouds

The Rise of Machine Learning On The Edge: AI Everywhere

Industrializing AI With MLOps: Can It Live Up To Its Promise?